The Cistern of Philoxenos 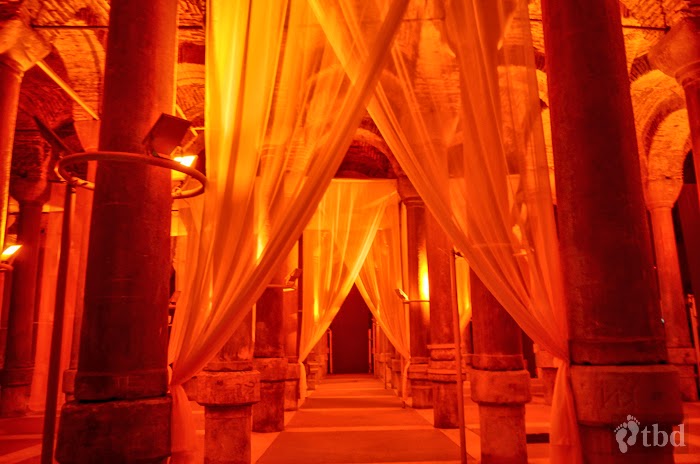 The good thing about Istanbul is that if you love walking, you’ll keep on discovering sights and places of interest.  I got used to walking from Istiklal Cadessi to Sultanahmet.  It’s a long way but if you have all the time in the world and not in a rush, the long walks might turn out to be enlightening and it is a good form of exercise.

I always enjoy passing along the winding cobblestone street at the end of Istiklal Avenue down to Galip Dede Cadessi passing by the lofty Galata Tower on to Karakoy and cross the Galata Bridge.  Sometimes I take the tramvay from Karakoy to Sultanahmet if ever I get exhausted but most of the time I enjoy the long walks.

I was standing in front of a ministore kiosk in Sultanahmet buying a bottle of water at the corner of the park when I noticed some group of tourists heading down the street.  I asked the guy at the store what’s in there and he told me it’s Binibirdirek.  It must have been a sight that I have never seen so I walked the footpath on the side of the park.

The Cistern of Philoxenos also known as Binibirdirek Cistern is tucked away at the back of Sultanahmet Park, and that’s the reason why I have not noticed it before.  Binbirdirek translated to English means 1001 columns.  I paid TL10 for the entry fee.  It is similar to the Yerebatan Sarnici or Basilica Cistern located beside the Hagia Sophia not far from here, but in my opinion, that one is more interesting than this, in that it has pools of water at the bottom of the columns plus the sight of the two medusa heads at the Basilica Cistern creates a thought-provoking ambiance.

Binibirdirek Cistern is commercialized with a restaurant inside and it seemed that a lot of refurbishment was done to the place to cater to a somewhat unique dining experience.  White curtains embellish some high entry arches and as you enter the place, you'll hear a mystical music to create a somewhat enchanting ambiance. 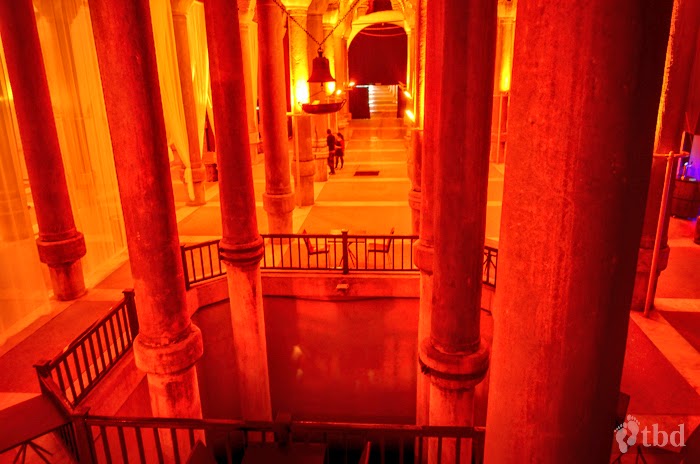 In reality, there were only 224 columns inside supporting the hypostyle chamber of this water reservoir.  It was built under the palace of Antiochos in the 4th century during Constantine the Great's reign.  It is the oldest known water reservoir in Istanbul, a little earlier than the Basilica Cistern which was built during the reign of Justinian I in the 6th century.

If you have limited time in the city and have to make a choice between the two cisterns – my suggestion is to go for the Basilica Cistern, although the line of tourists waiting to get in can be long at times, but it’s worth it.

It took me only about 10 minutes to explore the area including the second level before I decided to head to Beyazit to visit an old friend with a stopover at the Grand Bazaar to haggle with my favorite carpet shop for some cheap kilims.

Directions: Cross the tram track at Sultanahmet Station to the direction of the park and at the end is the small kiosk store just before McDonald’s and walk down the street at the side of the kiosk.