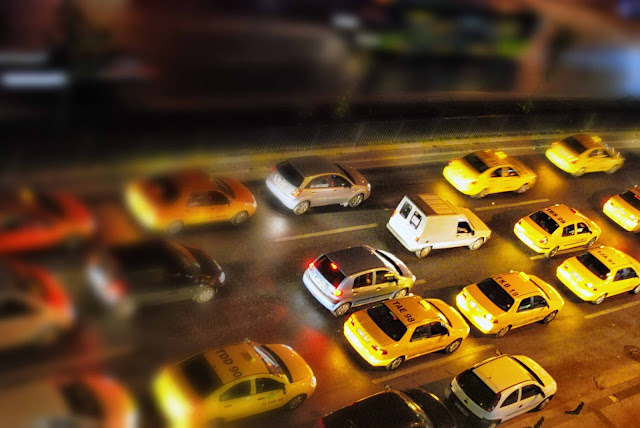 Been staying in Baguio City since January this year, breaking it with some trips to my favorite places – Vigan and Banaue – every now and then, and couple of Manila trips that do not last longer than few days.  I can never get the hang of life in Metropolitan Manila where, in fact, I grew up and spent half of my entire life there since childhood.  It’s too hot, too crowded, hectic, the unbearable traffic, the loquacious and cranky taxi drivers who always ask for additional fare even before I could step onto his taxi.
Just last week while waiting for a taxi on my way from our house to the Victory Liner bus terminal in Pasay City for my trip back to Baguio, a taxi driver pulled up the curbside along Zobel Roxas Street and when I was about to get in he said “Dagdagan nyo na lang sir kase ma traffic” (Just add up an amount due to the traffic).

Getting used to the good-natured taxi drivers in Baguio and as I’m starting to adopt a certain degree of intolerance to greed and corruption, I declined his offer.  I let the taxi driver go and waited for the next one which did not take a minute to arrive anyway.

Last week, a guest at the guesthouse in Baguio asked me about the taxi fare to the city center and I told her that it’s not gonna cost more than 70 pesos from our place in Quezon Hill, being her first visit in BaguioCity, she was surprised to hear the low fare.  Then our chat led us to further comparisons between taxi cabs in Baguio versus Manila.

Fare comparison.
I told her that, that distance between Quezon Hill to Session Road, if it was in Manila it could have cost twice but since taxis here don’t utilize airconditioning and provincial rate apply, it’s a lot cheaper.
Metro Manila’s taxi fare is Php40 flag down rate, this is what one would see on the meter immediately upon boarding a taxi plus Php3.50 thereafter every 300 meters.  Then, if you’re desperately in a hurry and it’s rush time of the day, you’ll fall victim to the additional fare enforced “due to traffic” which starts at Php50, to be added on top of the fare that you see on the meter, and if you have a small change, say, 10 pesos, don’t expect that he’s going to give it back to you.  Either he will bide his time looking for a change until you’ve gone exasperated waiting then time for you to tell him to keep the change, or he will tell you directly that he doesn’t have a change.
Although the Land Transportation Franchising and Regulatory Board or LTFRB has approved the cutback of taxi fare nationwide to P30.00 for the flag-down rate, P3.50 for every succeeding 500 meters and P3.50 effective March 19, 2016, I never did see any taxis implementing that. 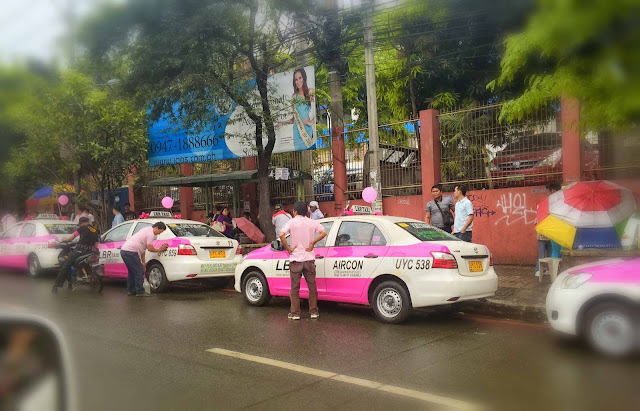 Baguio City’s taxi fare on the other hand is only Php30 flag down rate + Php2 after every succeeding 400 meters.  If you ever request the driver to pass by an ATM machine to withdraw money like I always do, you won’t hear any complaints.

Baguio City cab drivers noticeably are calmer, subdued and polite.  They will not open their mouth, they won’t talk unless you strike conversations with them.  I once asked that from one of the taxis I boarded, I asked him if the LTFRB in the city is stricter, maybe they’re afraid of passenger’s complaint perhaps?  He said, not really, it has something to do with the region’s customs. He said “we treat passengers politely, after all, they are our source of livelihood”.  That was very customer-oriented response.  I thought perhaps it’s the cold climate? Colder climate results to colder head?
The protocol among cab drivers in Baguio ranges from two to three steps: (1) you hop in, (2) they ask you your destination, and sometimes (3) your preferred route. That’s it and you’ll never hear him speak a word again.  When you’ve reached your destination, you look at the meter, hand over the money, he’ll hand you back your change, even 1 peso change will be handed back to you, less the 5 pesos fuel rollback, then off you go. 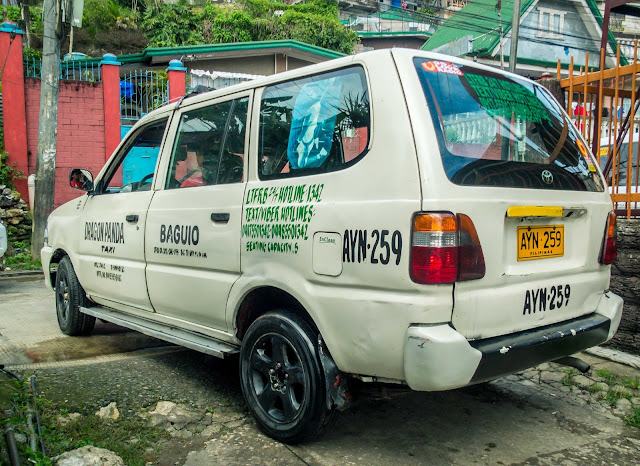 Metro Manila cab drivers on the contrary are a bit complicated.  Expect a lot of talking, from complaining about the traffic to politics, even their personal hell that I care zero about.  Every time I’m on board, it’s always about the traffic that these drivers kept whining about.  Why the heck did you not take an airline pilot course, you could have avoided those monstrous traffic jam on top of the highway?  And so I silently whisper.  No I’m not whining.  Yes, I do acknowledge and sympathize with the difficulty of being a cab driver but so are the plight of jeepney drivers or ordinary factory workers or office workers or even the OFWs they kept on victimizing with “pamaskong handog” (Christmans Gift) during Christmas.
I feel frustrated every time I take taxis in Metro Manila, I always anticipate certain sets or chain of events and it somehow follows some sort of a pattern.


I started to adopt this manner of always pretending to be busy talking on the phone even with nobody on the other end of the line or text messaging when I was in fact only pressing my phone’s text messaging tone so he won’t attempt bothering me.

Then add to that the safety issue.

Call me paranoid but this fixation is already included on my OCD list – I always look for the taxi information printed on the inside door of the vehicle below the window glass – name of taxi, plate number – or the ID card hanging in front of the driver, then send it by text message to my sister or friends give me a sense of security.  At least if I’ll be found dumped somewhere remote, lifeless or otherwise, I have left some trail to track down.
To sum it all up – getting into taxi cabs in Baguio City is tranquil VS a stressful experience in Metro Manila.
Posted by Unknown at Thursday, June 09, 2016