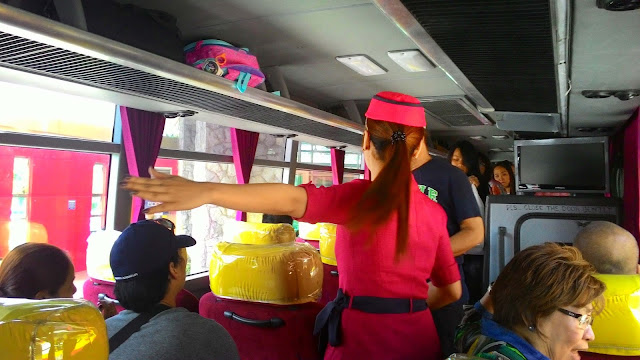 I have to take a break from Baguio City after staying for almost half a year now since January this year and I usually don’t stay longer than a month in one place.  I’m starting to feel the cold and loneliness of a place after remaining for quite a while.
I took the Deluxe bus of Victory Liner to Pasay City.  Fare is P750 one-way.  For some (I used to think the same) that sounds a little costly comparing it to the less expensive Ordinary airconditioned bus which costs only P455.  But I managed to justify the difference and somehow it all boils down to convenience, and if you add up other expenses during travel is almost in parity with the Deluxe.
I’m starting to like the Deluxe bus for several compelling reasons, here’s how I summed it all up:

Both buses have flat panel TVs in front of the bus beside the driver showing B-movies which I never enjoy watching, not in any travel, I chose to either snooze or watch the invigorating greeneries – the mountains, oceans, rivers and rural scenes – outside the window.


Adding it all up, that already saved me P210 (meals + toilet use) maybe even more if I buy some other snacks from vendors getting inside the bus selling peanuts, sweets, drinks and snacks.  The lady stewardess on board hands out bottled water, small cupcake to nibble on and a small plastic of peanuts for free!  The next time I got hungry, that would be the time I’ve reached my destination.
Say, I take the Ordinary bus, I pay P455 + 210 for meals and toilet use, that’s P665 in total.  A difference of P85 lesser than the Deluxe bus!  I paid P85, a very trivial amount, for the comfort of space, convenience of time, free on-board snacks, mobile phone charging, better internet connectivity, and uninterrupted sleep!  The last one being the most priceless, for me at least. 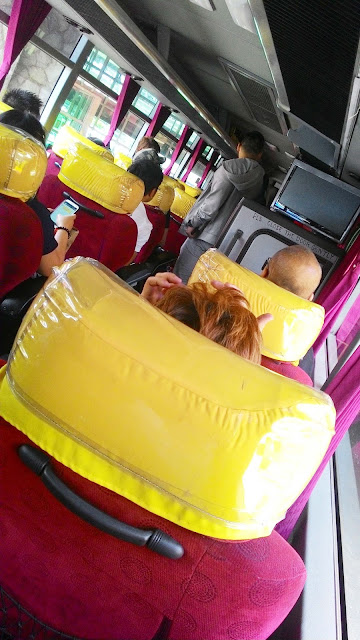 So the next time you take a bus from Manila to Baguio City (or the Ilocos Region) or vice-versa, think about what you can get out of the fare and what you can’t.